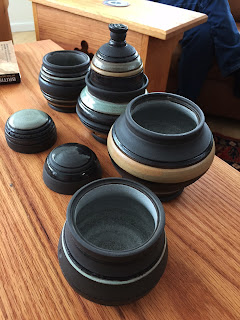 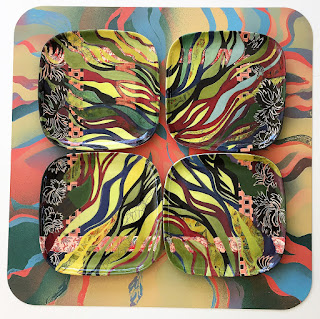 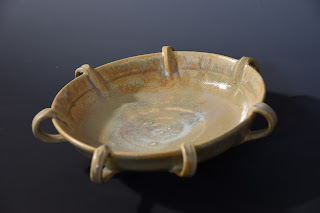 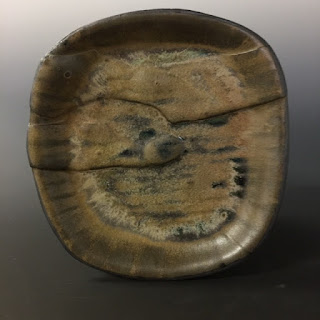 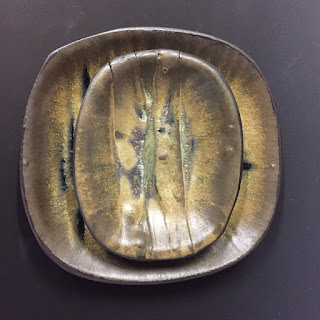 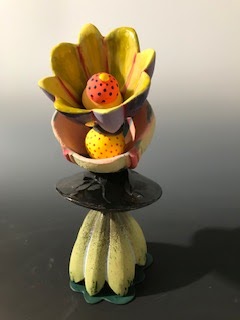 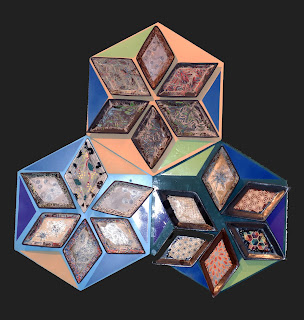 Posted by LCormier at 2:52 PM No comments: 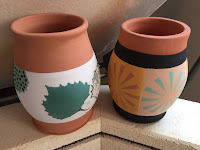 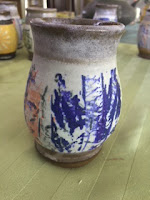 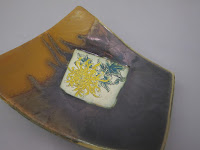 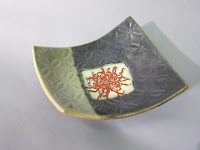 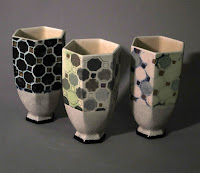 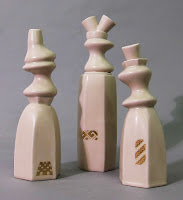 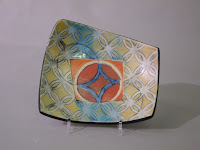 Posted by LCormier at 9:52 AM No comments:

The Latin ‘consumere’ is remarkably encompassing in its meanings. On the one hand, it references consuming and eating, at the same time, it can signify -  to exhaust, use up, squander/waste, swallow up and spend. In other words , ‘to consume’ can be life-giving as well as, life-destroying.


Represented here are three spoons, inspired from the ladle form whose function was/is for sharing the essential  food of the hearth, the broth. The disturbing surfaces of the ensemble however, separates them from the mundane and suggests perhaps a refocus on their conceptual function - the idea of consumption alluded to in the Latin title.

To me, "Shoe-In" conjures up the idea of select candidates vying for a plum job. Both women and men recognize this experience and are often aware of who the shoe-in might be. However, if the job is that of a CEO, egalitarian ideals seem to diminish. Women were/are frequently excluded. So evident was this that the term "the glass ceiling" was coined in the 1980's.

This small trophy sculpture celebrates the women who were not shoe-in but dared and occasionally succeeded. The flower-like upper portion references these women whose names are inscribed on the stepped platform. Beneath the glass are the seed pods, alluding to journeys already begun as well as, impending travels made not so much easier but at least, with the possibility of attaining the goal.

Posted by LCormier at 9:37 PM No comments:

Some functional works from the fall of 2013.

The four platters are wheel thrown with high-fire B Mix. My designs make use of underglaze colours, stenciling and some tissue prints. 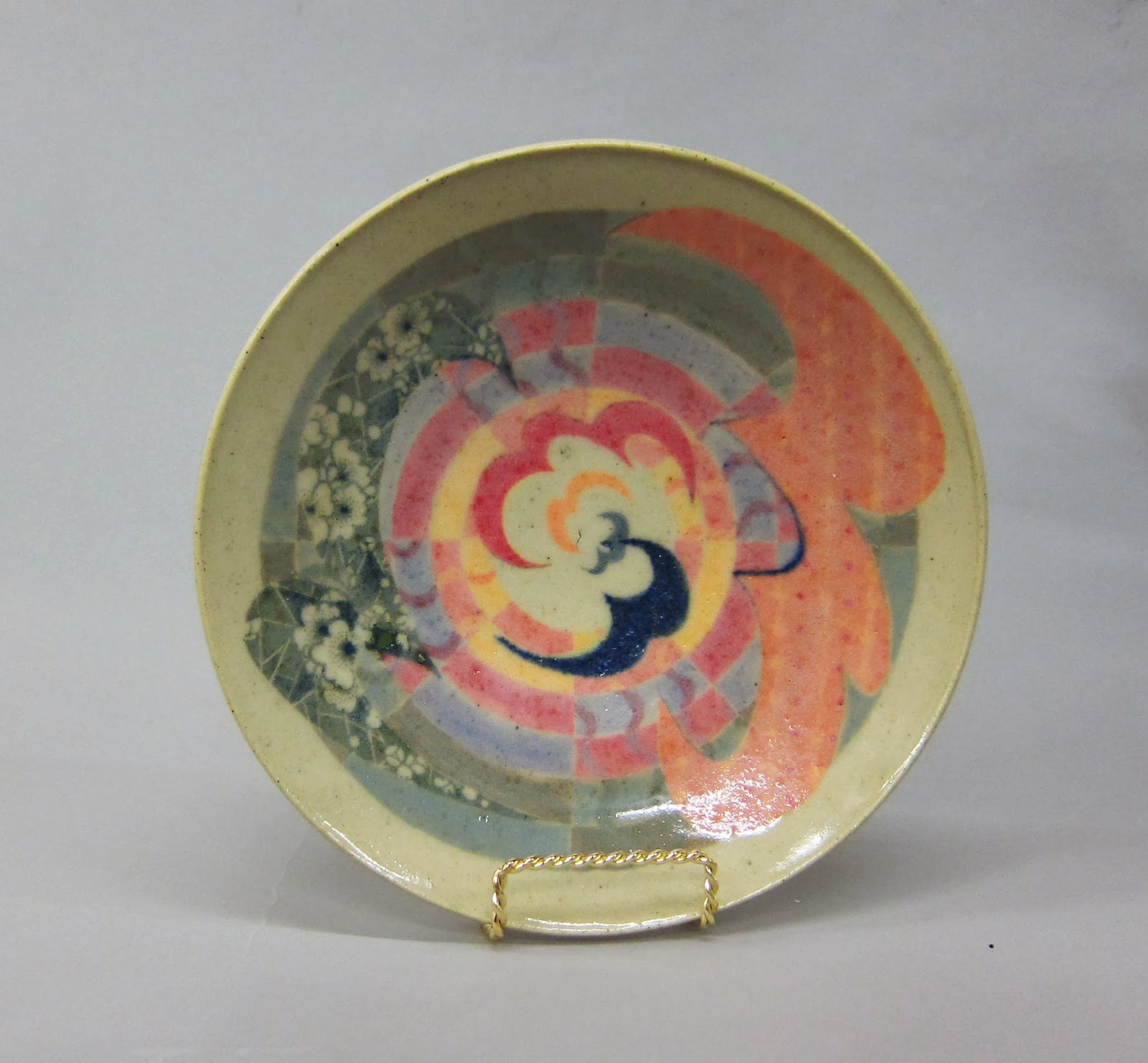 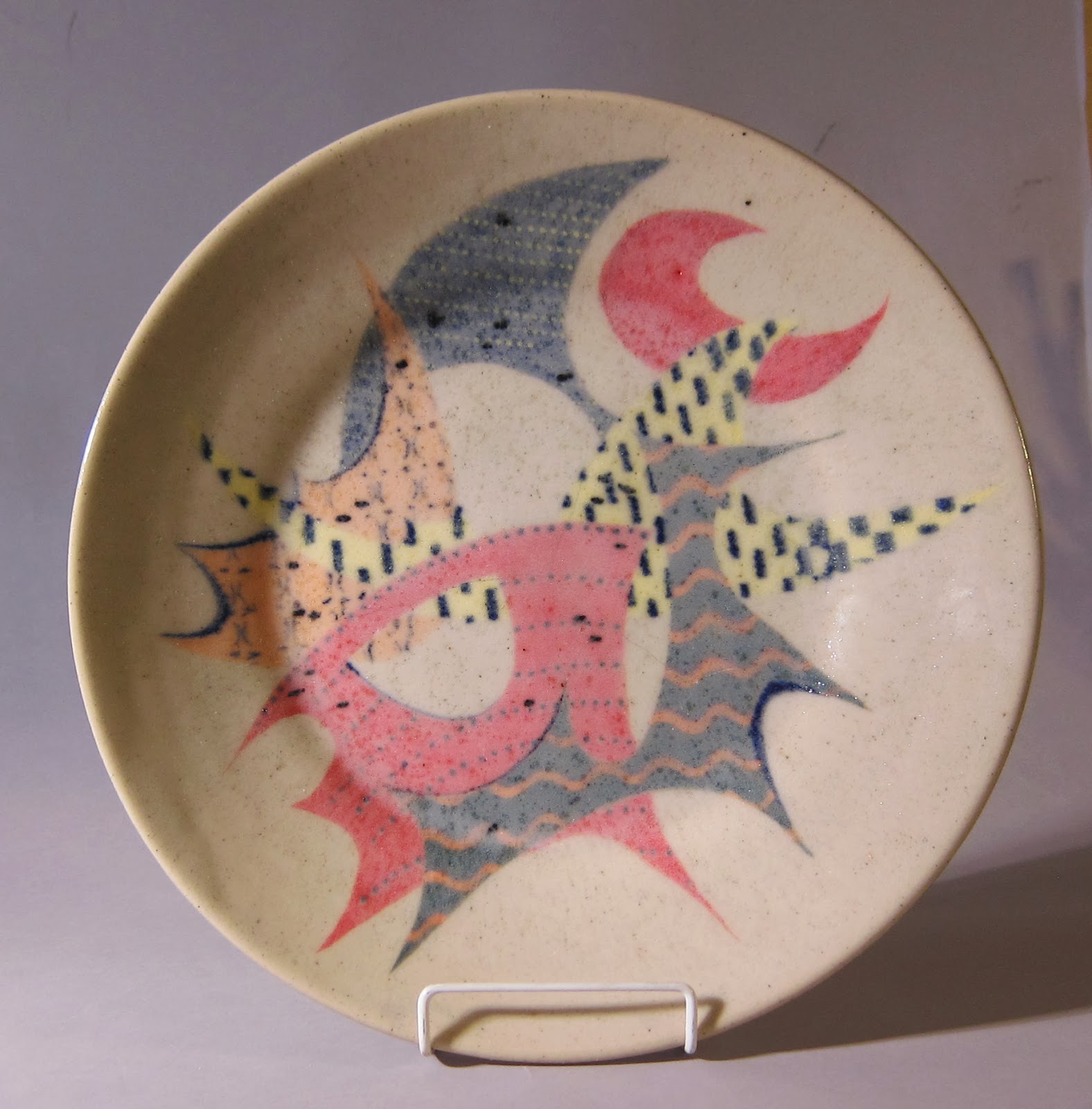 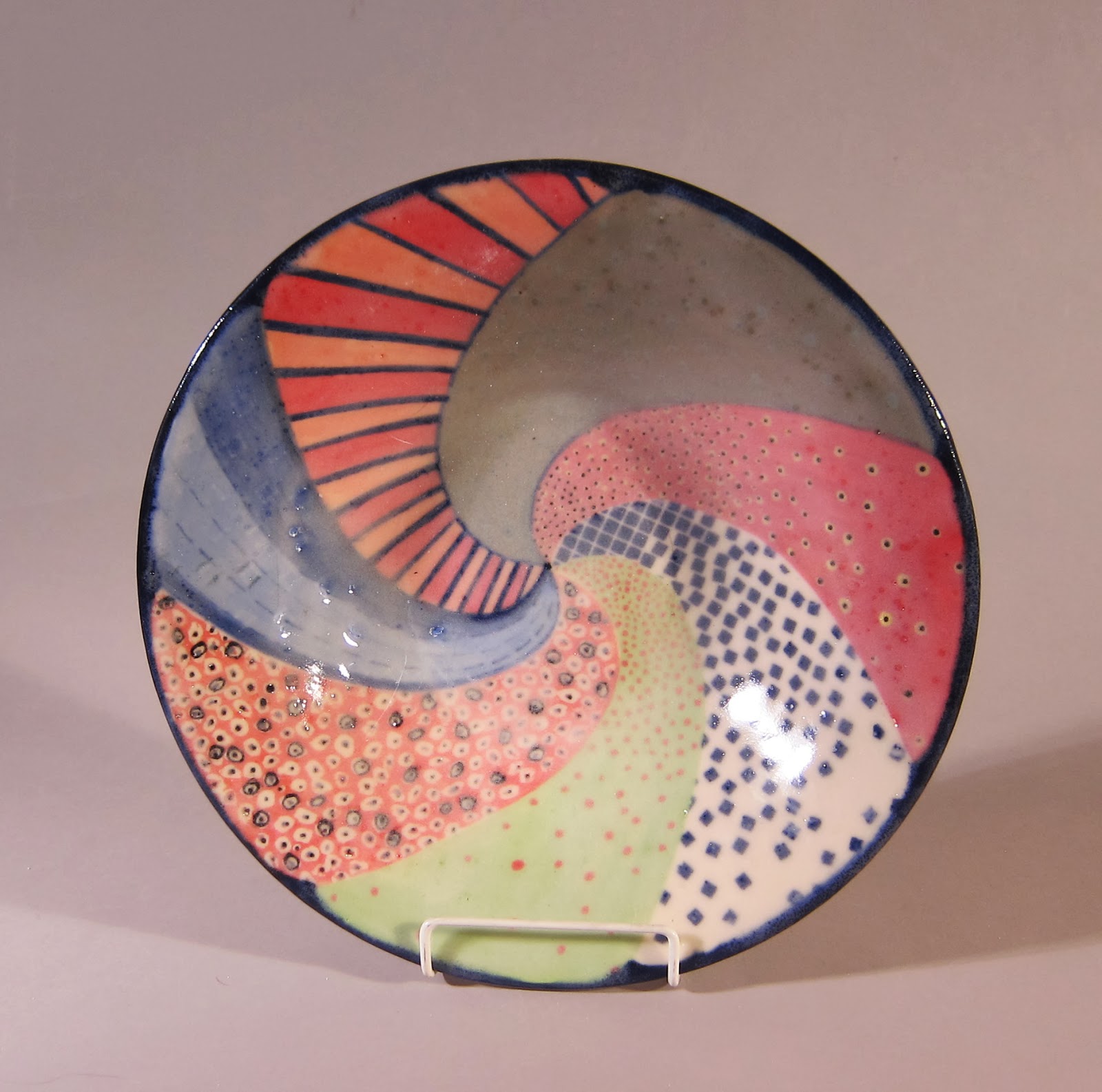 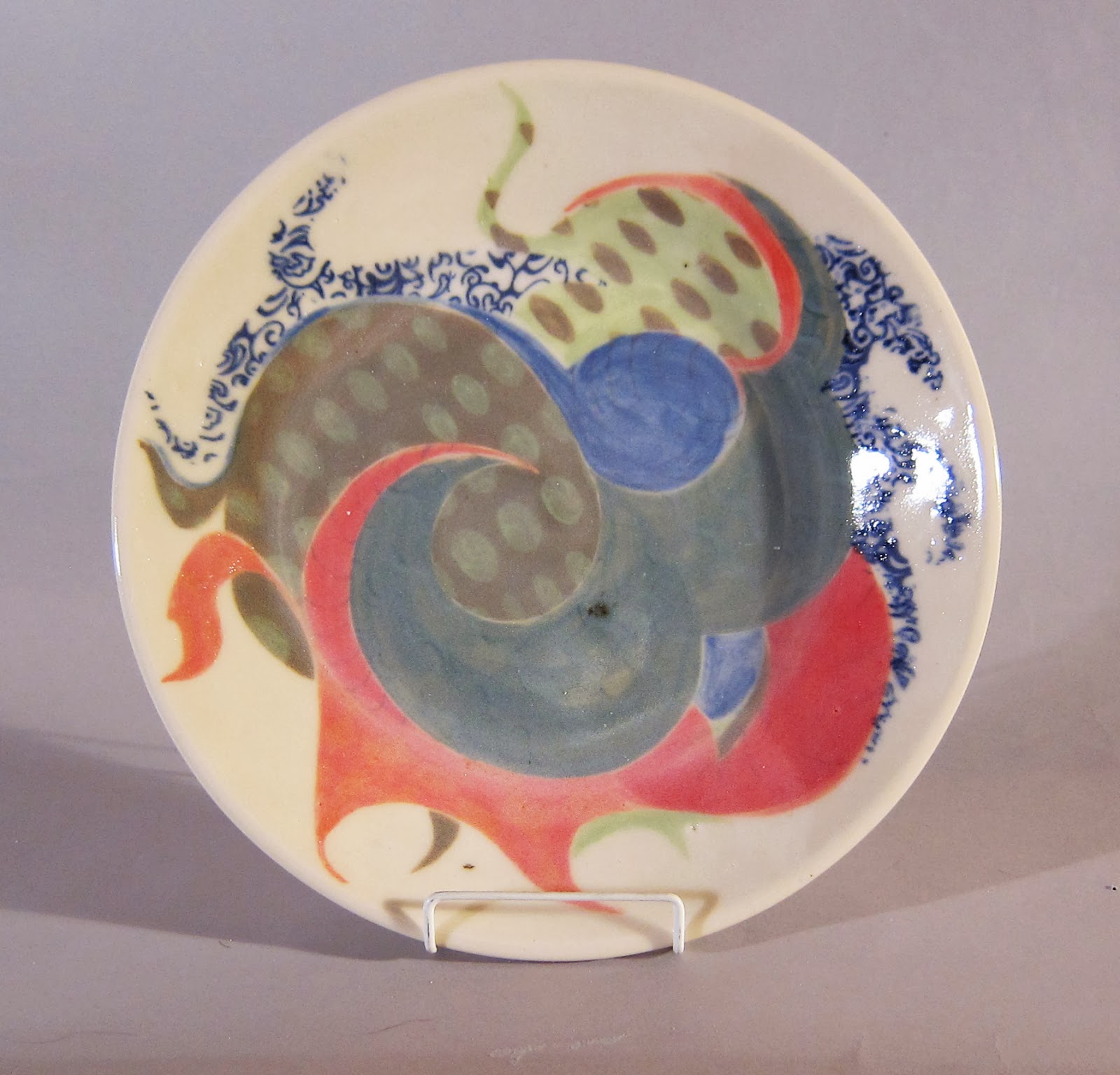 Historical Reproductions for Re-Enactment Groups
The following pieces are historical reproductions from the Saxo-Norman period. Historically, there were three main groups known as Saxo-Norman dating between c.700-1007. I was particularly interested in the last, more advanced group referred to as Stamford Ware (900-1100AD).  The local clay was low iron and light or buff coloured. They are exceptional in that they are the first glazed pottery (lead-based glaze in the form of powdered galena) to be produced in England since Roman times. 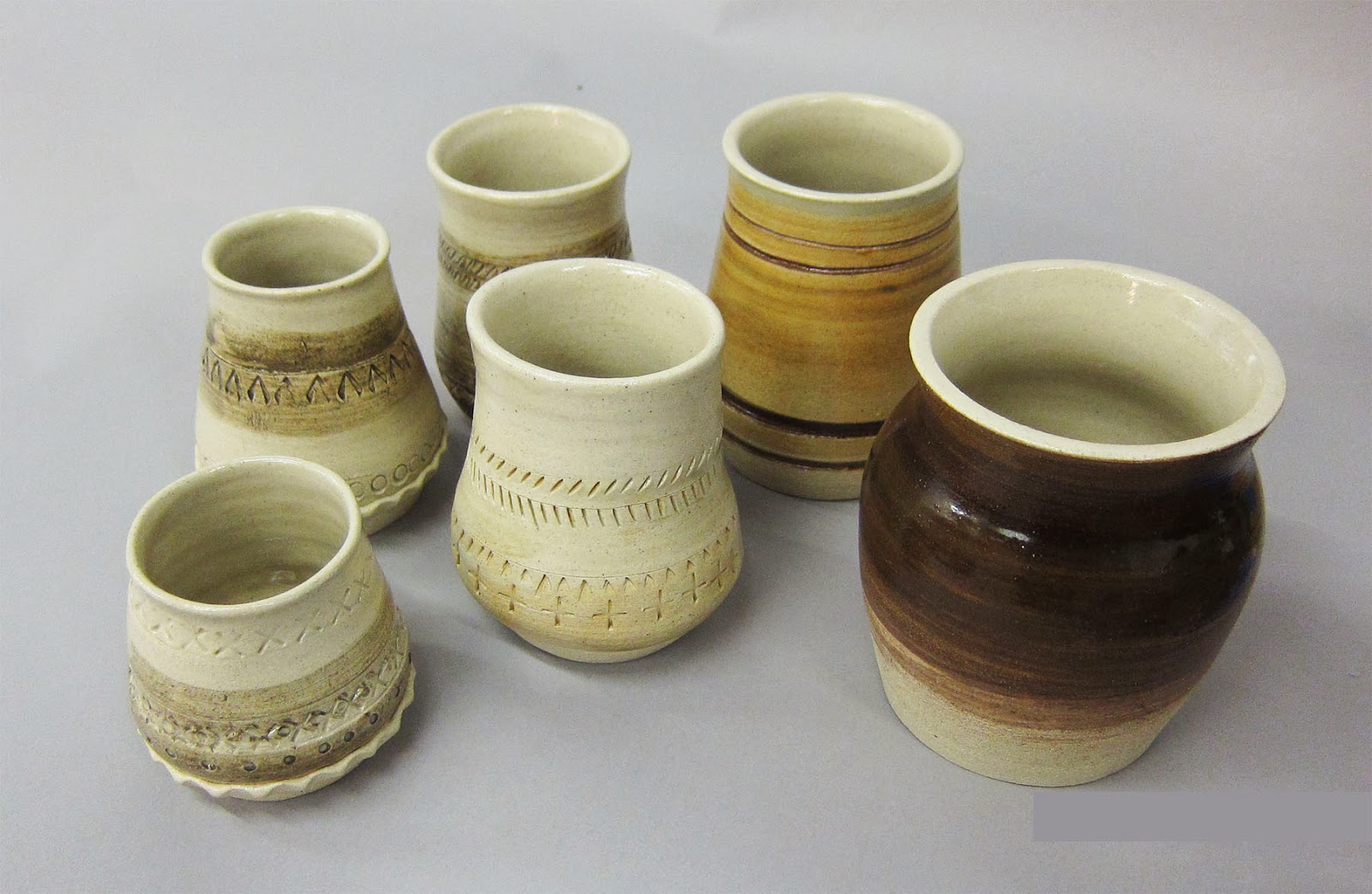 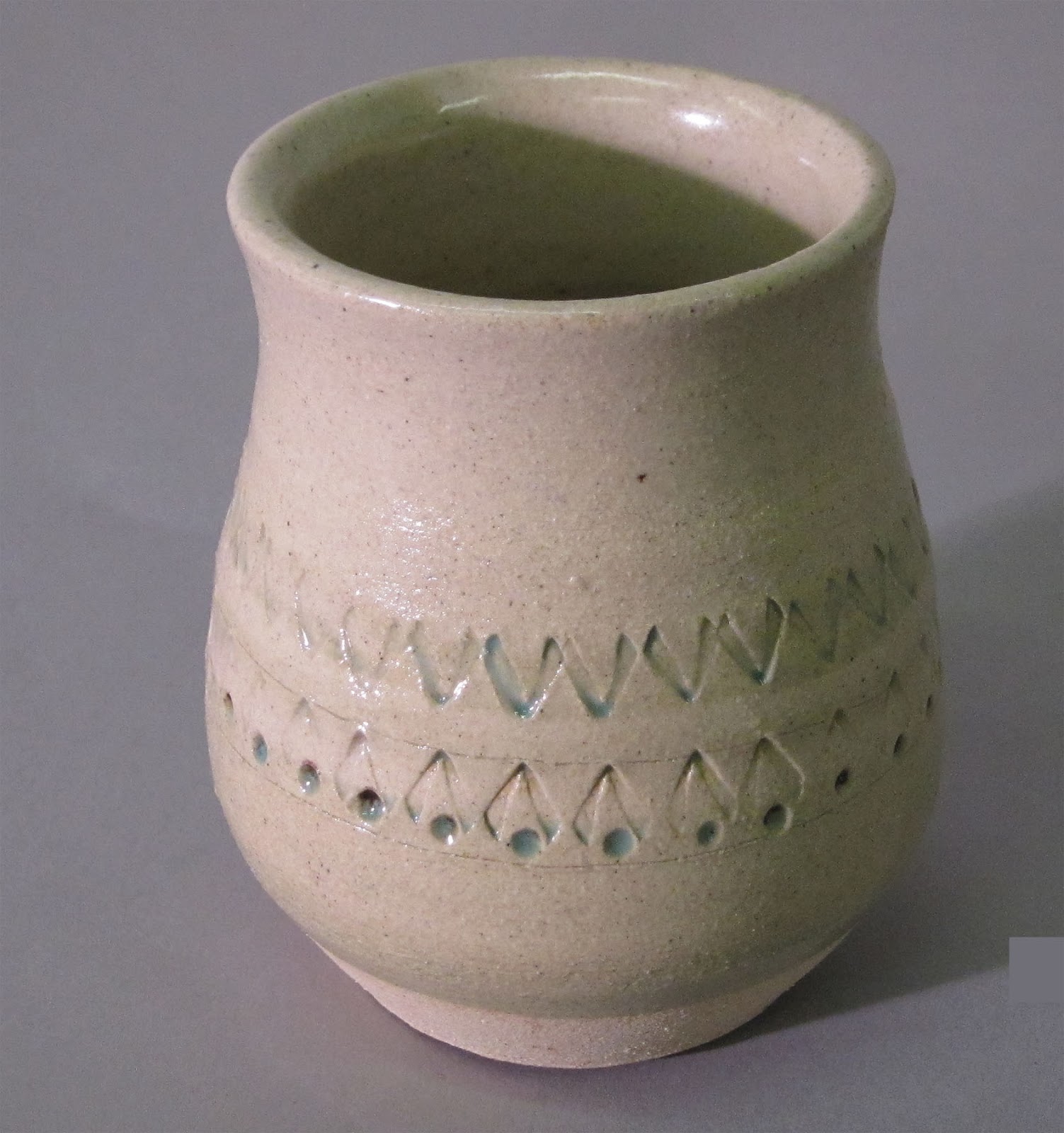 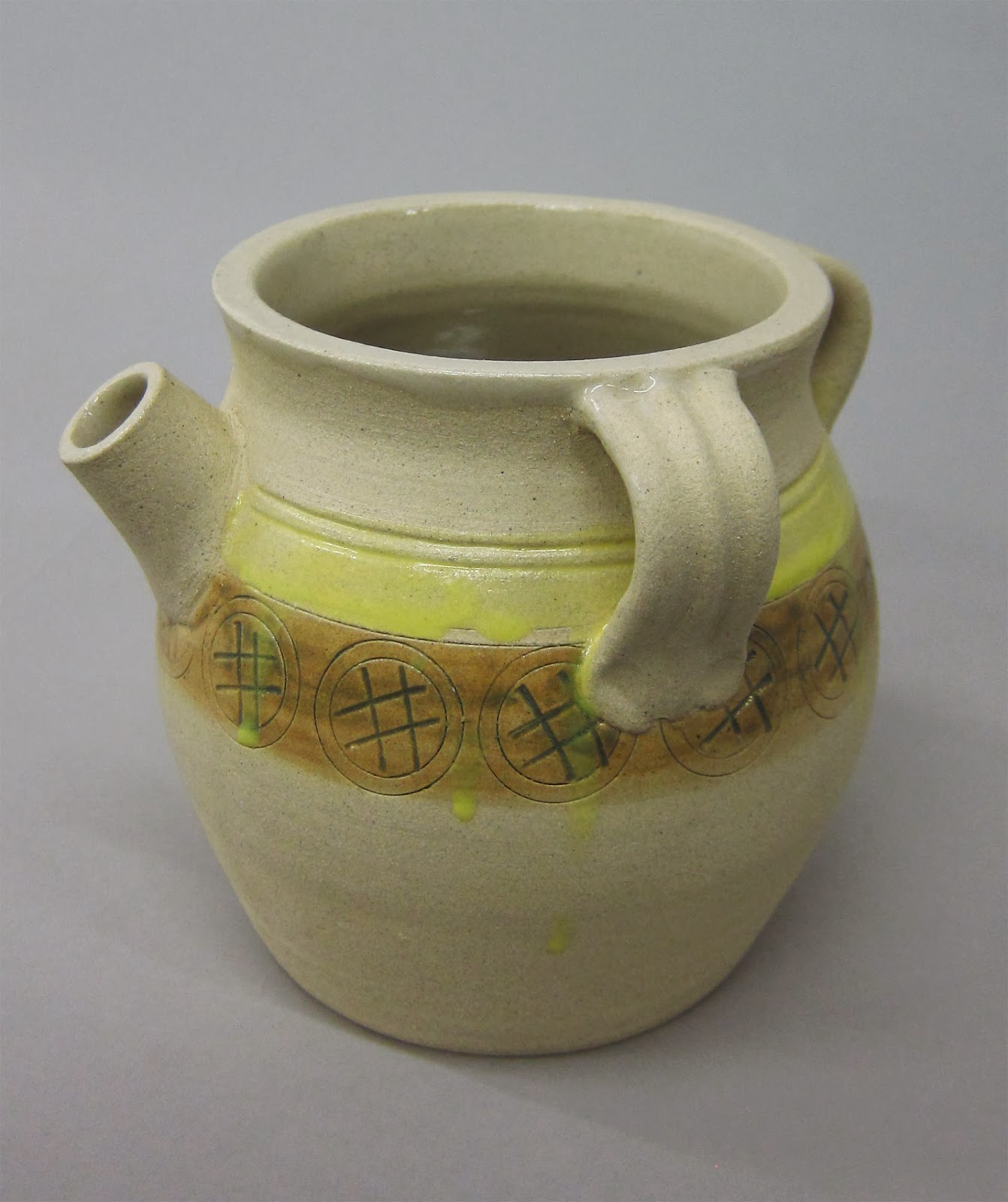 These were my first attempts at reproducing the Stamford Wares. My main concern was for the basic form to scale, colour of the clay and incised decoration which we made from antlers (as were the originals). The interiors of the originals were usually left unglazed, however, for health and safety they have been glazed with a clear coat. The lead-based exterior glaze typically found on these has been replaced with a clear coat. I am still working on the coloration - aiming for specific green and "ochre yellow". I am now in the process of testing various copper green glazes to find one that would come closest to the originals. The spouted pitcher is a wonderful design - cheers to that potter!

Posted by LCormier at 9:37 AM No comments: